The A,B,C's of Amber

Everyone I know, loves Amber. There is something about the golden color, the warm feel, the wisdom it holds within. We love Amber so much that we use it for oils, incense and soaps. Its smell is intoxicating, its history confusing... wait! Confusing?

Amber can only be properly labeled as Amber under very specific conditions. Not everything that is golden in color and looks like hardened sap is Amber. In fact, Amber is not a sap at all! So let's go through these fun facts one at a time. We call this the A,B,C's of Amber.

In very simple terms, in order to qualify a piece of resin as true Amber, a couple of things need to have happened. First, the molecules must have polymerized or formed a polymer (a compound where two or more molecules have joined together) and secondly, the specimen must be at least 100,000 years old

Copal or Copalite is the term given to organic resins that are not old enough (ie YOUNGER than 100,000 years) to have fossilized and hardened sufficiently to become Amber.

Amber is often imitated by plastics, colored glasses and some modern tree resins.  True Ambers have a low specific gravity (Amber can float on salt water) and inclusions can distinguish it from plastics and glasses.  Their color ranges from Ice Tea to Golden Amber to Orange, sometimes with a red or blue tint.

In Africa, Copal is found in the coastal countries of East and West Africa, but especially on Madagascar. This so-called Madagascar Amber is solidified resin of the Amber Pine but is only 1,000 - 10,000 years old.

Amber from Columbia is less than 250 years old and in fact is not Amber at all, but the softer, younger version called Copal.

Amber from the Baltics has been dated to average between 35-50 Million years old.

Amber from the Dominican republic is up to 40 million years old. Dominican Amber differentiates itself from Baltic Amber by being mostly transparent and often containing a higher number of fossil inclusions. 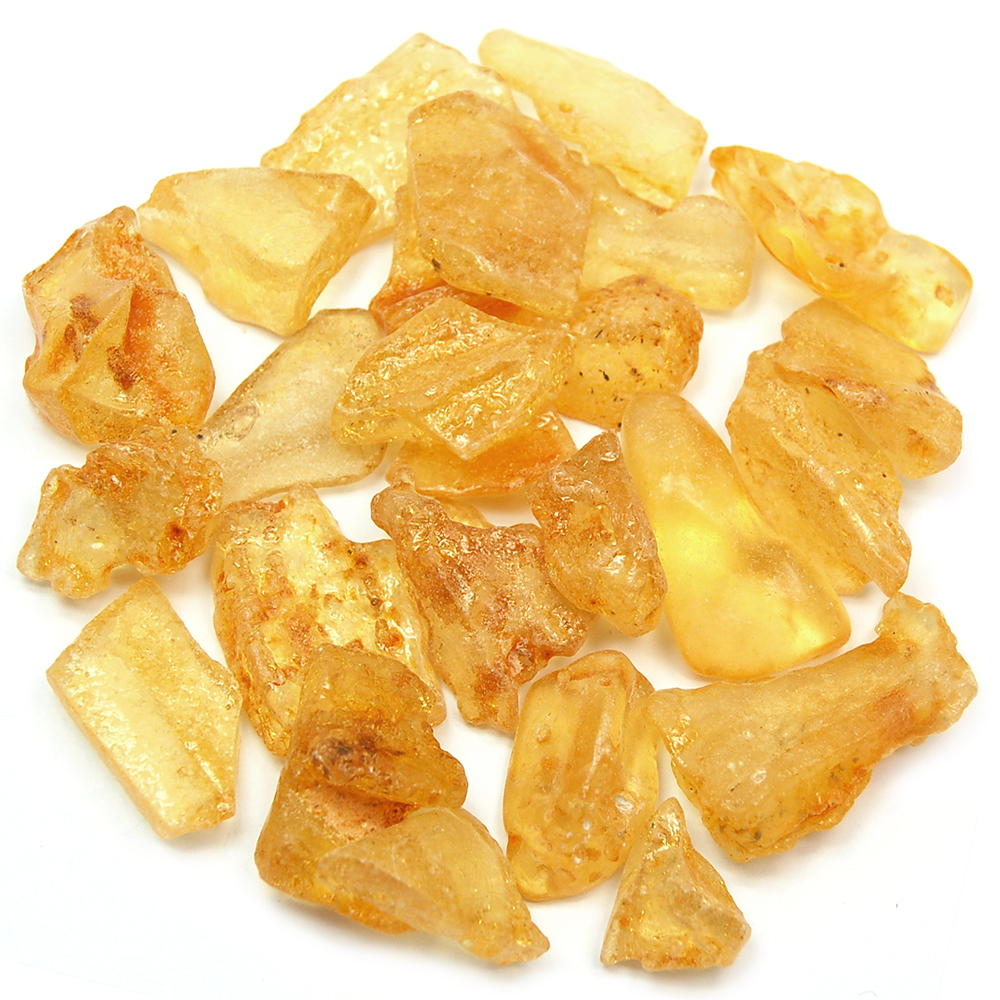 In summary, here are a few facts about Amber and Copal:

So now you have the facts on Amber. This will assist you when purchasing and/or identifying true Amber for your collection - be it a geological or metaphysical one. As always, ask a lot of questions and be well-informed before your purchase. Above all else, have fun!!