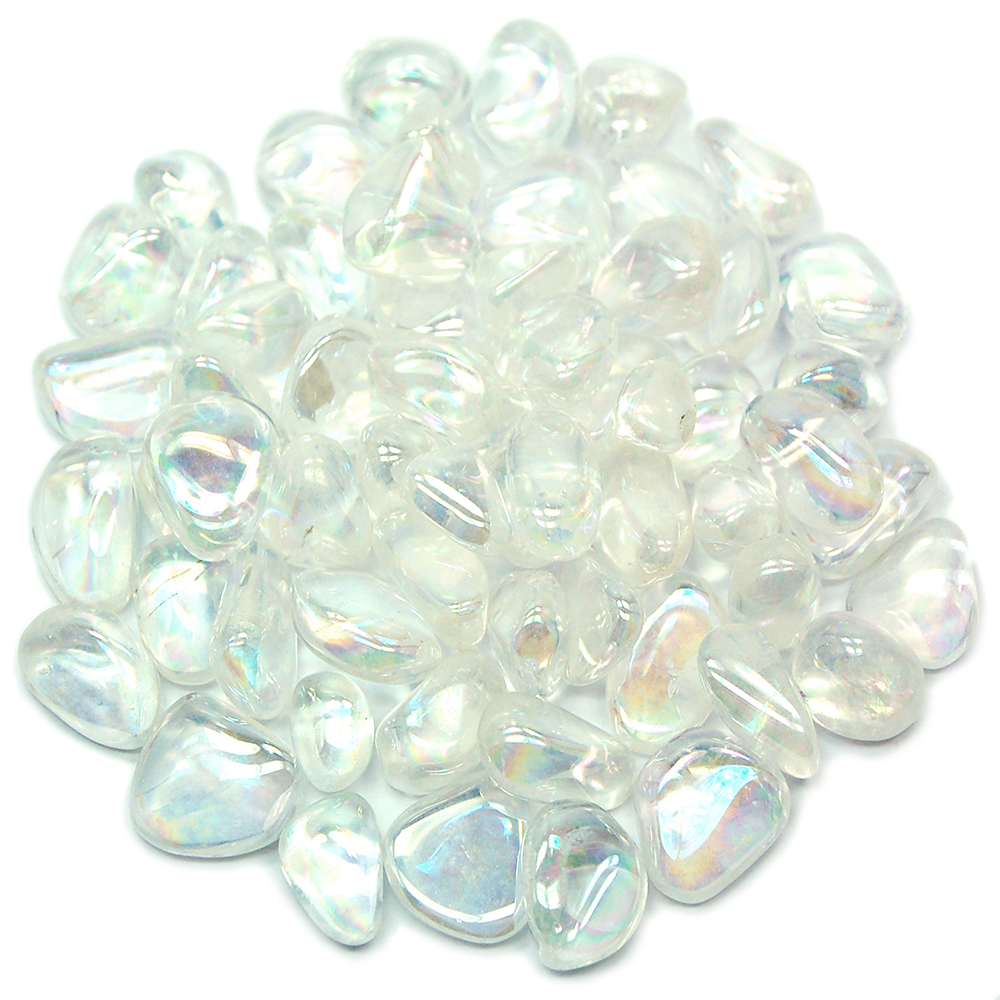 "I know aura quartz is clear quartz with a coating but isn't aura quartz also glass with a coating of some kind? Neither have the same property of the Ether? Correct? Because of the process it took to make them? There is earth, air, fire, water then ether. The universe. It's old science. If you don't know. Witches might be familiar with it still."

Thanks for reaching out to us.

Aura Quartz can be created with glass sure. You can create anything with aura, I've seen even seen shells.
But the Aura Quartz which we sell is Clear Quartz, not actually coated with the metals. The metals are sprayed on within a vacuum chamber and they molecularly bond with the Quartz so it isn't a coating that can be scratched off. That's how they're properly made.

The same process can be duplicated with Teflon which is cheaper and makes the aura quartz look more jelly-like. The teflon doesn't molecularly bond with the Quartz though.

I don't know what element this would fall under though because the crystal would have it's own element as would the metal/s, but the process to make the combination, may render it a new element all together possibly.

May be best to speak to a witch or someone who works more with the elements as this isn't my lane. I can talk to you all day about Aura Quartz and it's properties and and and, but elements are not my lane I'm afraid.

Interesting question though. You make me wonder! Upon further digging, this is what I found:

I was reading in the Book of Stones, which I recently received. It's by Robert Simmons and Naisha Ahsian. Hazel Raven does two entries in the book strictly for Aura Quartz (Angel Aura and Aqua Aura).

In this book they speak a little more about the elements and how crystals tie to that.

Aqua Aura is linked to the Water Element while Angel Aura is connected to the Wind Element.

Now, I don't know how they came upon the elemental associations for the book and these stones, but I do think that when properly created Aura Quartz can be associated with its own element, especially when you look at the "ingredients" used to create the Aura Quartz: