Many people wonder what the difference is between quartz, jasper, agate and chalcedony. Comprised of silica (SiO2), there are two major types of quartz:

Quartz is one of the most common minerals in the earth’s crust. It absorbs, stores, releases, and regulates energy. Quartz also cleanses, raises energies, aids in concentration, and unlocks memory. 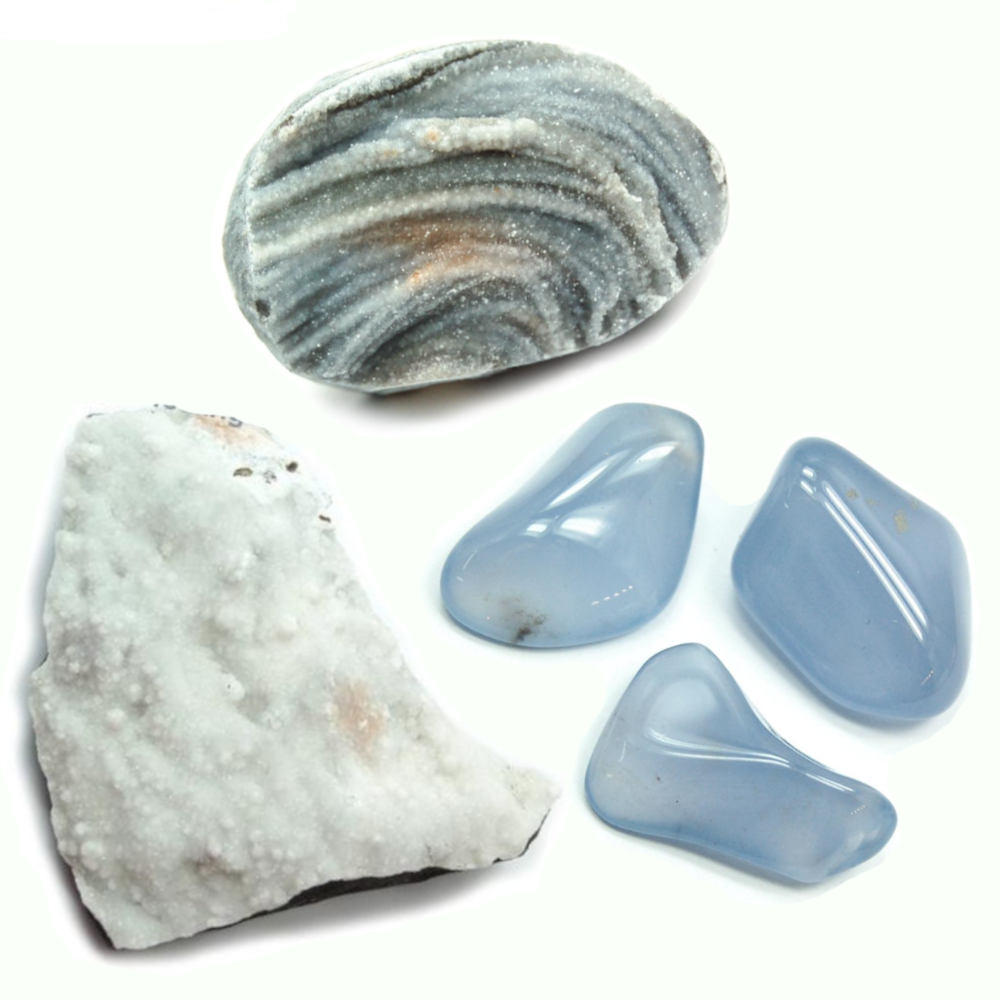 Chalcedony promotes brotherhood and good will by bringing the mind, body, emotions, and spirit into harmony. Chalcedony also absorbs and dissipates negative energy. Having a glossy to waxy luster, chalcedony is a transparent to translucent or opaque mineral. The various colors of chalcedony contain additional healing benefits. Chalcedony includes Carnelian (sard), Chrysoprase, Agate, Bloodstone, Jasper, Petrified Wood, and many others. When chalcedony is concentrically banded, it is called by the sub-variety name agate. 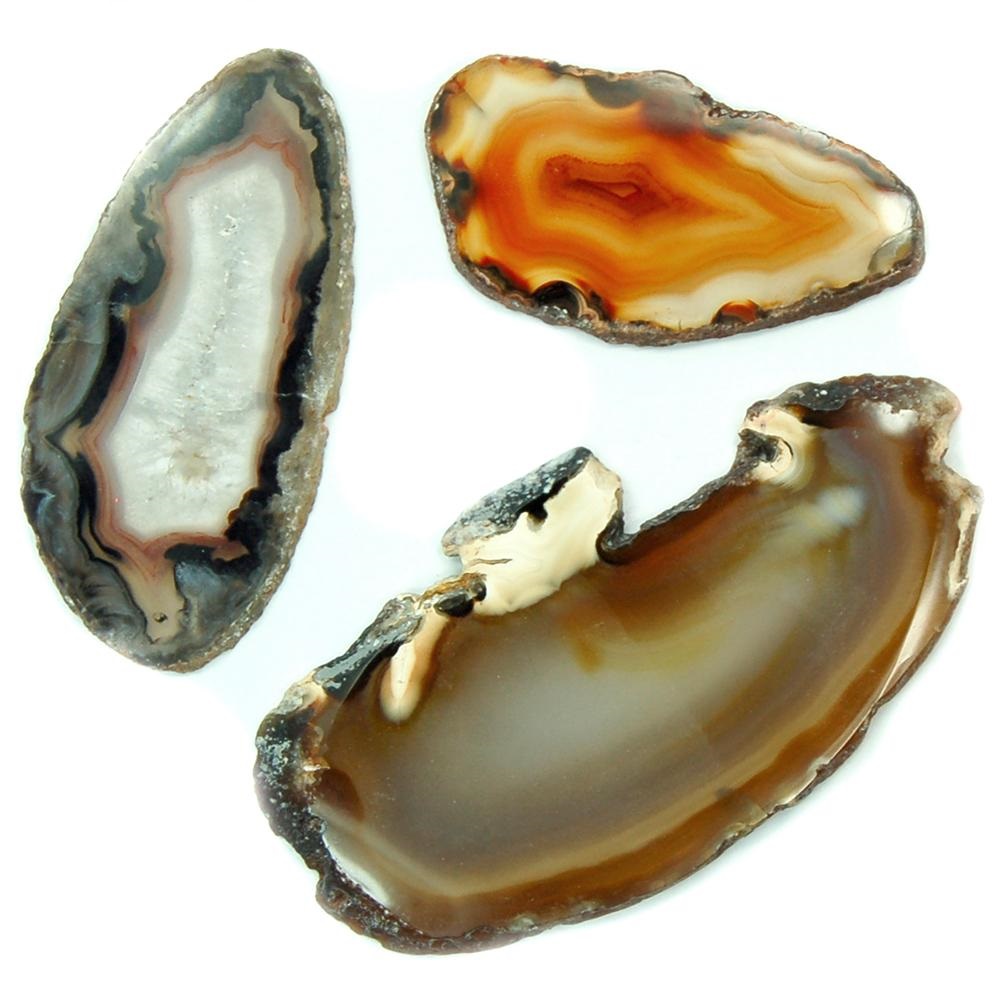 Agate is a translucent banded chalcedony. Agates are excellent grounding stones, promoting emotional, physical, and intellectual balance. Agates often have a banded or irregular, variegated appearance. The bands may be wavy or parallel, depending on the differences in mineral formation. Sometimes the banding is larger than the crystal and the banding lines are not visible as with carnelian where although it is an Agate, the banding is not visible. 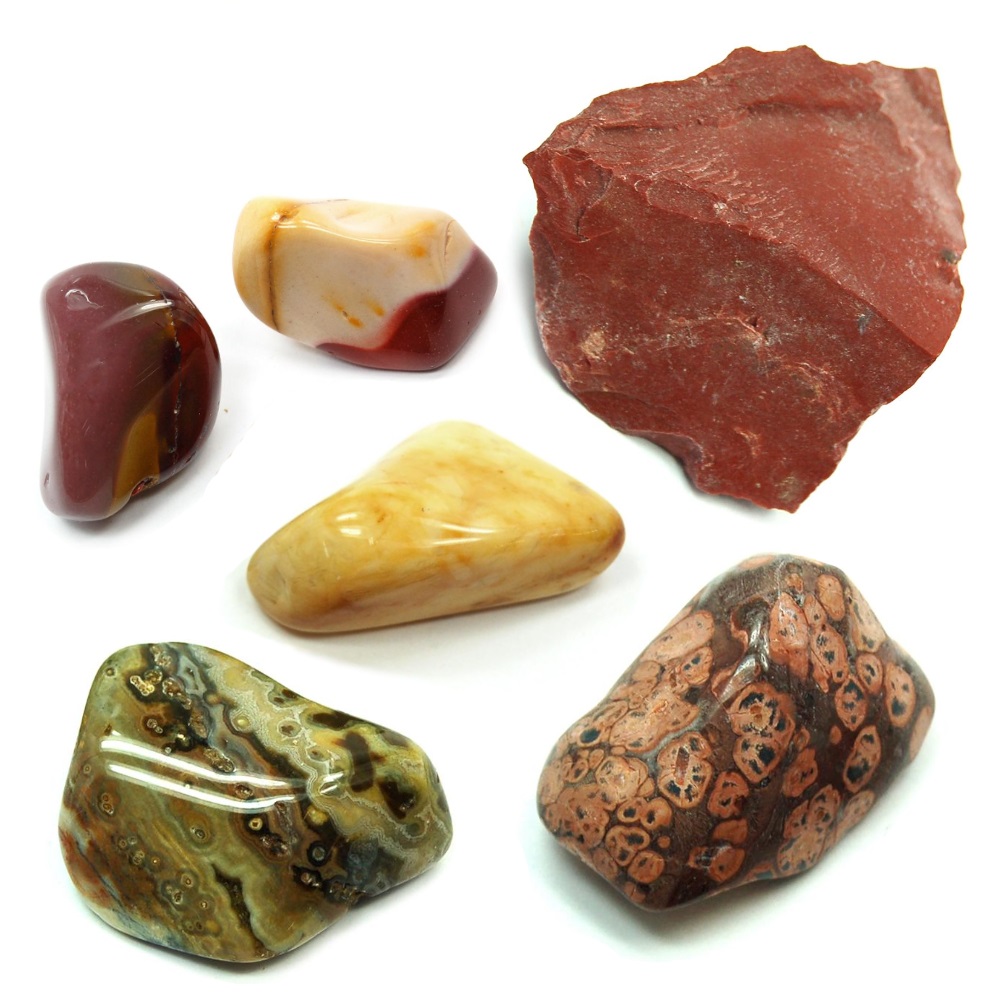 Another sub-variety of chalcedony is opaque Quartz termed Jasper. Jaspers can also be banded or striated, depending on the formation, and are usually red, yellow, green, brown, or a mixture of these colors. Jasper sustains and supports during stressful times, all the while bringing a sense of tranquility and wholeness. Various colors of jasper contain additional metaphysical properties.