Seasons Greetings & Happy Holiday Season!
Use Code HOLIDAY50 for 50% off Site Wide through Dec 2022. All sales are FINAL - NO Returns!

In the "Crystals for Pisces" video, Lourdes and Tara discuss the energies of Aquamarine, Bloodstone, Ruby in Kyanite, Iolite, Fluorite, Amethyst, Black Tourmaline, and Labradorite.

For anyone who is falls under the sign of Pisces or is trying to adjust to its energies, this video can give ideas, tips, and suggestions on which crystals to use. The astrological sign of Pisces falls between February 19 to March 20.

Pisces are known to be "Passive, Receptive and Sensitive" and these crystals work well to harmonize and balance characteristic associated with Pisces.

Other Crystals Associated with Pisces:

Red Jasper: Red Jasper strengthens boundaries for Pisces who lack them. Stimulating the Root Chakra and providing needed grounding, Red Jasper also helps Pisces consider his/her own needs instead of getting lost in those of others.

Lepidolite: Lepidolite brings emotional balance. Lepidolite assists Pisces in letting go of addictions and overcoming mental dependency on others. Lepidolite aids Pisces in “standing on their own two feet” and creating boundaries from the undesired influences of others.

Morganite: Morganite helps to clear the victim mentality common with a Pisces who may be so caught up in helping others that his/her own needs get overlooked.

Selenite: An emotional stabilizer, Selenite clears emotional confusion. Selenite can help Pisces anchor intuitive thoughts into the Earth plane, or may be used to create a protective grid. 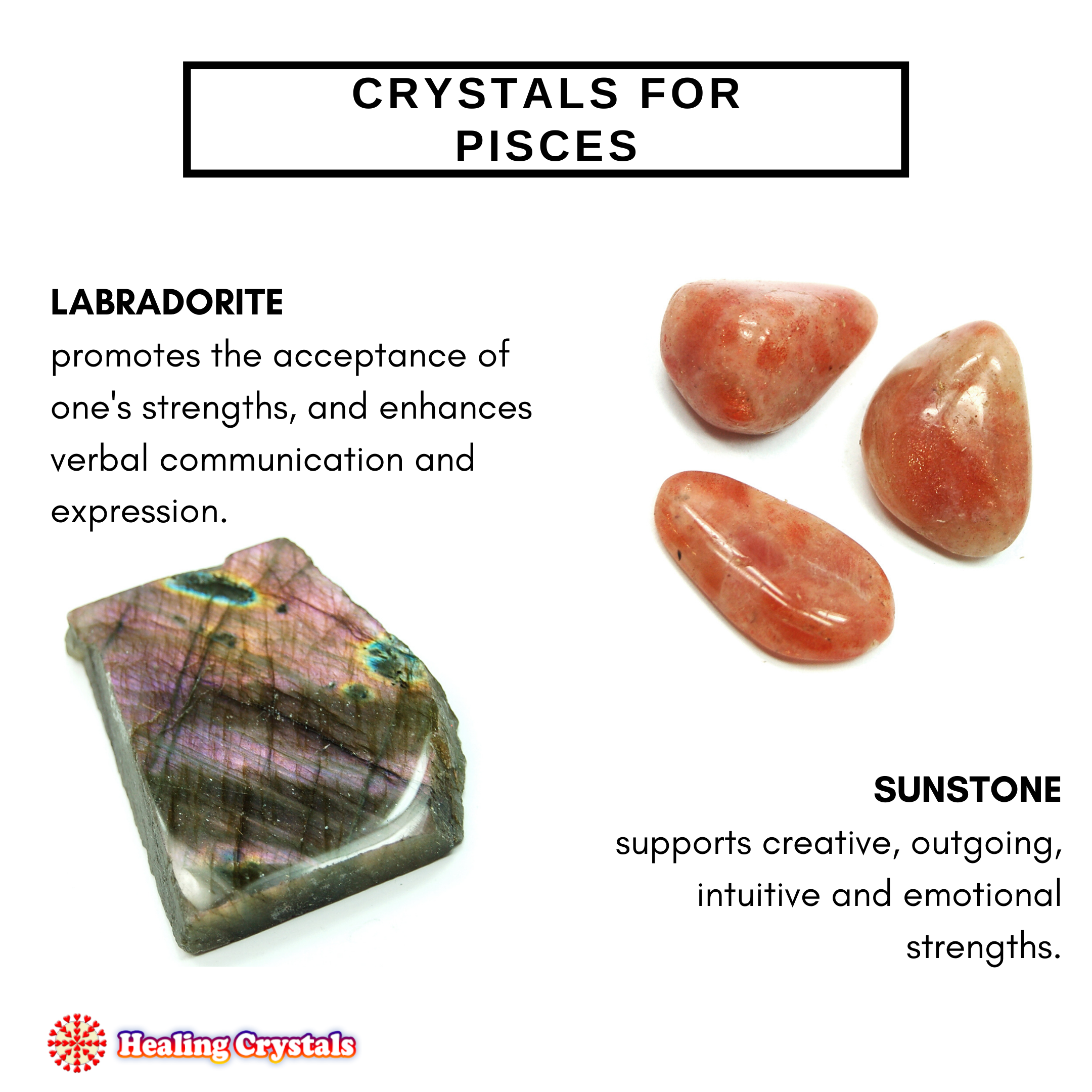 If you wanted to gift the Piscean in your life with some crystals, we have the perfect gift bag that includes Labradorite and Sunstone. Labradorite enhances verbal communication and expression while promoting the acceptance of one's strengths. Sunstone is perfect for Pisces supporting their creative, outgoing, intuitive and emotional strengths.