Celestite, also known as Celestine, is revered for its high frequency and Divine energies, and is known as a powerful healing crystal.

Celestite has been called a “teacher for the New Age", as it will connect one with the Angelic realms, allowing for the free-flow of these higher frequencies into the Crown and Third-Eye Chakras, and also down into the Throat Chakra for expression. Bringing mental calm and clarity in the midst of any chaotic circumstance, Celestite can allow one to easily flow through a traumatic period and still come out on top.

It is a perfect piece to carry for those who are singers, actors or speakers, as the energy will alleviate any type of stage fright or nervousness. Celestite gives courage to those who suffer from agoraphobia (fear of crowds) or public speaking. It can be beneficial for shy or timid children to try new experiences.

Celestite brings harmony and balance, and will assist the holder in finding and maintaining inner peace. Its ability to heighten divine intuition makes Celestite especially useful for Reiki practice.

A stone for peace and harmony, Celestite has the potential to bring these qualities into daily living.

Celestite is a great facilitator for deep states of meditation, helping to calm the mind and open it to communication from the higher realms. Celestite is a perfect companion to use during dream time. It will assist in recalling not only the dream, but also the specific details of the dream. Information imparted during the dream state will also be recalled with perfect clarity.

Physically, Celestite sends energy to the organs of the higher chakras, aiding the healing of disorders such as brain imbalances, cellular disorders, and ailments of eyes, ears, nose, and throat. Celestite can also act as a detoxifier and pain reliever.

Please note that Celestite is very fragile, should be handled carefully and not kept with harders stones such as Quartz or Tourmaline. Do not keep these clusters in direct sunlight, as their color will fade.

Recharge Tip: Wrap Celestite in a soft blue cloth and setting it in a drawer or box for up to two days. 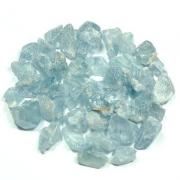 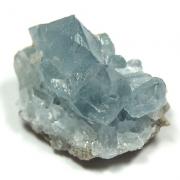 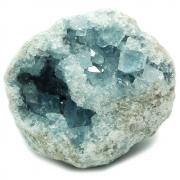 Click here to see all items related to Celestite in our online catalog.